Bitcoin Unlimited, and most of the projects in the space use the ‘MIT License’.

Upon researching the ‘MIT License’ from an open source perspective, i’ve found that gnu.org recommends not even calling the license the ‘MIT License’, and that it enables ‘patent treachery’

is the MIT licence appropriate from an open source perspective?

what is patent treachery?

The Apache License, Version 2.0 and the Anti-Patent Treachery Clause

Apache software helped build the web. Beginning in the mid-nineties a decentralized group of programmers built a free and open source web server that anyone could download and use. They were not the first programmers to offer FOSS, but their product...

Could BU in theory change its licensing?

"As the copyright holder you are in no way bound by any open source license you choose to distribute your own work under.

Can I relicense my own GPL code into Apache/MIT?

What are some potential risks of ‘patent treachery’ or the ‘MIT license’?

‘The disadvantage is that anyone can take software licensed under MIT, change the branding, and sell it as proprietary software. Commercializing software released under an MIT license is more challenging. A common business model involves licensing the software as open-source, and offering proprietary extensions built on top of that software.
Furthermore, MIT licenses don’t explicitly include a patent license grant. This means anyone who copies, uses, or distributes the software might become liable for patent infringement if the creator or contributor patented certain components. It is uncertain whether the law would imply a patent license, if the creator of the software were to sue a user for patent infringement.’ 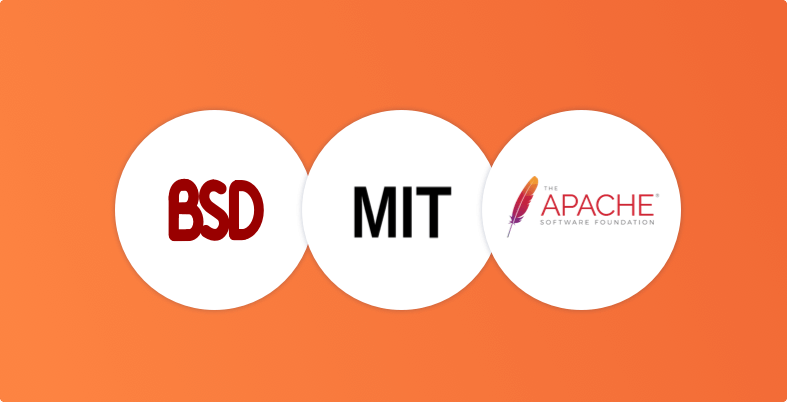 In this post we review and compare the Apache, BSD and MIT license to see what to use in your own project, and when.

are there risks associated with ‘copyleft’ licensing?

‘but while understanding the differences between permissive licenses is important, far more important is drawing the line between them and their unfriendly counterparts, copyleft. As a user of open source components, copyleft licenses can “infect” your entire code base and impose restrictions that might prevent you from commercializing. As a developer of open source software, copyleft can significantly limit the appeal and adoption of your components.’

copyleft is described by this author using the metaphor of disease.

If someone patents a technology and then releases that technology in MIT licensed software then they are responsible for disclosing the patent at the time of software distribution. Failing to disclose the existence of the patent during distribution of the software denies the rights of the patent holder to claim damages from patent infringement in the future.

It is also not possible to later patent software previously released under an MIT license. The MIT license specifically grants permission “to deal in the Software without restriction”. A later patent would add a restriction which is not allowed. For the same reason that one can not collect damages from patented software released under a MIT license without mentioning the patent, patenting previously released MIT licensed software (if it were possible) would also not allow the patent holder to collect damages.

edit: Please stop commenting on licensing. You have demonstrated little experience / knowledge in the subject.

I quoted a series of articles giving a broad outline. I posed five questions.

edit: Please stop commenting on licensing. You have demonstrated little experience / knowledge in the subject.

he started the thread by noting a reputable source’s criticism of the MIT licence. then he shared some research, and started a discussion.

he started the thread by noting a reputable source’s criticism of the MIT licence. then he shared some research, and started a discussion.

No, he did not start a discussion.

He “asked” a series of questions without giving any context to them. No information on why this is a question, why people might want to think about this, or why he thinks the question is important. He has contributed none of his own thoughts or opinions to the thread. There is no room to discuss anything because he has not provided any thoughts or information himself. Any disagreement with the information in the links provided would be against the author and he can waive off any incorrect information off claiming it was the fault of the author.

Bitsko is by definition shitposting.

‘Shitposts are intentionally designed to derail discussions or cause the biggest reaction with the least effort.’

This simply isn’t true about my posts in this thread; I was only hoping to tap into your wealth of licensing knowledge and afterwards suggest a license further to the left than the MIT for BCH projects.