Bitcoin Unlimited should create a new position dedicated to work that helps build consensus primarily for internally developed features, and for development of features that concern Bitcoin Unlimited as a full node software on the Bitcoin Cash (BCH) network.

The position should perform tasks such as:

When necessary, the position should prioritize proposals that originate from BU, then proposals that are deemed to be on-time and have a higher likelihood of becoming part of the Bitcoin Cash (BCH) protocol.

Over the years it has become clear that good ideas are not enough. Bitcoin Unlimited as an organization have significant talent and expertise to research possible improvements to the Bitcoin Cash protocol. However, many of the ideas that have originated from Bitcoin Unlimited have failed to become part of Bitcoin Cash network.

I support this idea, but I would suggest at least doubling the annual budget to hire the kind of talent you’re looking at here (assuming this is a part time contracting job).

At the rate you’re proposing, and looking at what a dollar buys, I think $30K is a 25% FTE prospect. Maybe that IS enough, you didn’t mention how much time you estimate such a contractor should spend doing those (non trivial) tasks.

My though is that it is unclear how much time will be needed as it depends on how many changes end up needing to be managed. The number here is taken from BUIP166 to be directly comparable, but expanding and providing clarity in the role, as well as decoupling it from BUIP166 so that both proposals can be properly evaluated on their own merit.

If lack of funds ends up being a concern, I would be more than willing to provide a complementary BUIP at a later time to adjust the funding to match reality.

@JonathanSilverblood
Certainly, this BUIP can be raised., however it will need to go into the next voting round. Normally votes are a minimum of 3 months apart to avoid voter fatigue. That has been policy for years.
I note this is part of what would be implemented in BUIP166, so if that passes then this will need modifying to a top-up proposal for additional funding.

Very Interesting BUIP, I am positive to vote for it.

I think this BUIP points out an important direction to explore for Bitcoin Unlimited to flourish as an organisation.

Furthermore, this BUIP immediately raises several exciting questions I would have loved to discuss further:

Other than improving the Bitcoin Cash blockchain, am I failing to reconcile 100% clearly what the problem is. What is the need here? For example, if the BUIP is aimed at a strategic goal:

“When necessary, the position should prioritize proposals that originate from BU, then proposals that are deemed to be on-time and have a higher likelihood of becoming part of the Bitcoin Cash (BCH) protocol.”

Why? Are there for example fewer BUIPs than usual?

All in food faith, thanks.
Jørgen 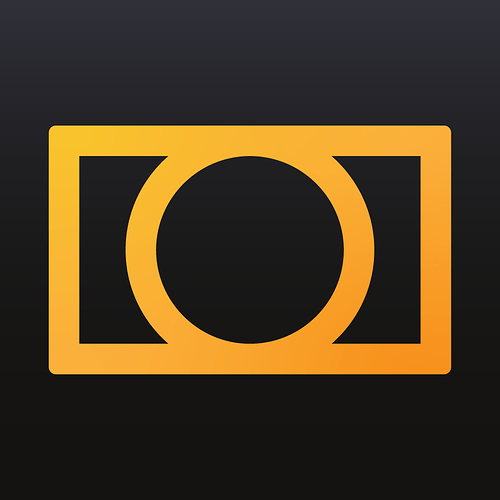 We do not yet have a naming convention for improvement proposals for BCH. Thus far everything has been attached to a hard fork or is a BIP. It is easy to keep track of ideas and proposals right now because there are so few. Eventually this will...

What is the need here?

Over the past several years, and likely since bitcoins beginning, there has been less focus on the cooperative and consensusbuilding part when it comes to improvements to the blockchain networks involved. In the last few years in particular, it has become evident that when you have a single entity acting as a gatekeeper, and that entity is unwilling to spend their time on cooperative consensubuilding, you end up with decisive and harmful network splits.

A network split can technically happen at any second, but for them to have meaningful impact they need to come with a social / network effect split as well. It is my understanding the BU, over time, has kindof receded a bit from this kind of work as a result of being burned by unwilling participants, and it is my belief that we absolutely need to do more consensbuilding and cooperative work now to re-invigorate the ecosystem and establish working practices for how to act and develop new features together without burning eachother.

The CHIP process has steps that seek to address just that, and for that reason I think it makes sense that BU gives that a serious try. It might not work out in the end, the process might be flawed, or it might just be that decentralized governance simply isn’t attainable today - but we have to start somewhere, and we need to try something, if we ever want to get somewhere together.

Ideally, the person who takes up this position have good social skills, are not afraid to reach out and talk with strangers and also have a technical background and is able to communicate complex topics in simple words.

The roles purpose is limited to work that is done within the CHIP process, so it is not a general community manager, but rather more like a business developer - someone who establishes and maintains relations between parties that have a specific shared goal, and those impacted by that goal.

Currently, the consensus of all Bitcoin versions is established informally through centralization in a group of developers.

I recommend the disruptive alternative of strictly applying the consensus mechanism described in Satoshi’s whitepaper, promoting hashpower voting to discover what is known as The Nakamoto Consensus.

The way to do this is to promote the adoption of the BMP protocol, so that miners can delegate executive power to the devs.

Only then can Bitcoin Unlimited have independent and legitimate executive power over changes to the Bitcoin Cash protocol. In harmony with other competent teams.

If we can respect a decision made by a majority of hashpower, then 99% of this political problem is solved.

I have put the other 1% with the code required to make it fully decentralized.

I do not believe Nakamoto Consensus entails a preconsensus method such as the Bitcoin Mining Parliament.

The Nakamoto Consensus has already made 3 votes in the pre-consensus phase by voting with coinbase signaling.

What I propose is the same principle, but much more advanced, flexible, allowing small miners to participate and delegating hashpower to others. And many other features. See properties of a BMP voting.

I’ve always found your approach fascinating; however a quick check of the linked article and I can firmly state that development coinbase rewards for bitcoin is not a matter which votes can be cast upon at all. If a protocol is granting developer funding out of the coinbase reward, it’s not bitcoin.

From my understanding the coinbase incentive (projected according to the Whitepaper) belongs to the Bitcoin miners, specifically the majority of the hashpower.

And therefore legitimately they can decide to allocate a % of the coinbase to the devs (or whatever they want). And the opinion of everyone else is absolutely irrelevant. We already saw in IFPv1 and IFPv2 that miners think like this.

But, logically, this allocation (how much, when, to whom) must be decided by hashpower majority. Never by central authoritarian people who want to steal miners.

In any case, we are left without knowing what the majority of hashpower really thinks about this point.